Strolling the aisles at H Mart, a giant Asian grocery store in Naperville, IL, we saw corn flavored ice cream bars from Mexico. At first this raised an eyebrow or two, but when we thought about how sweet the Mexican sweet corn cakes are at restaurants and how sweet some cornbread versions can be, it actually started to make sense. Then we looked in the next case and found two more corn ice cream treats: one from the Philippines and one from Korea! 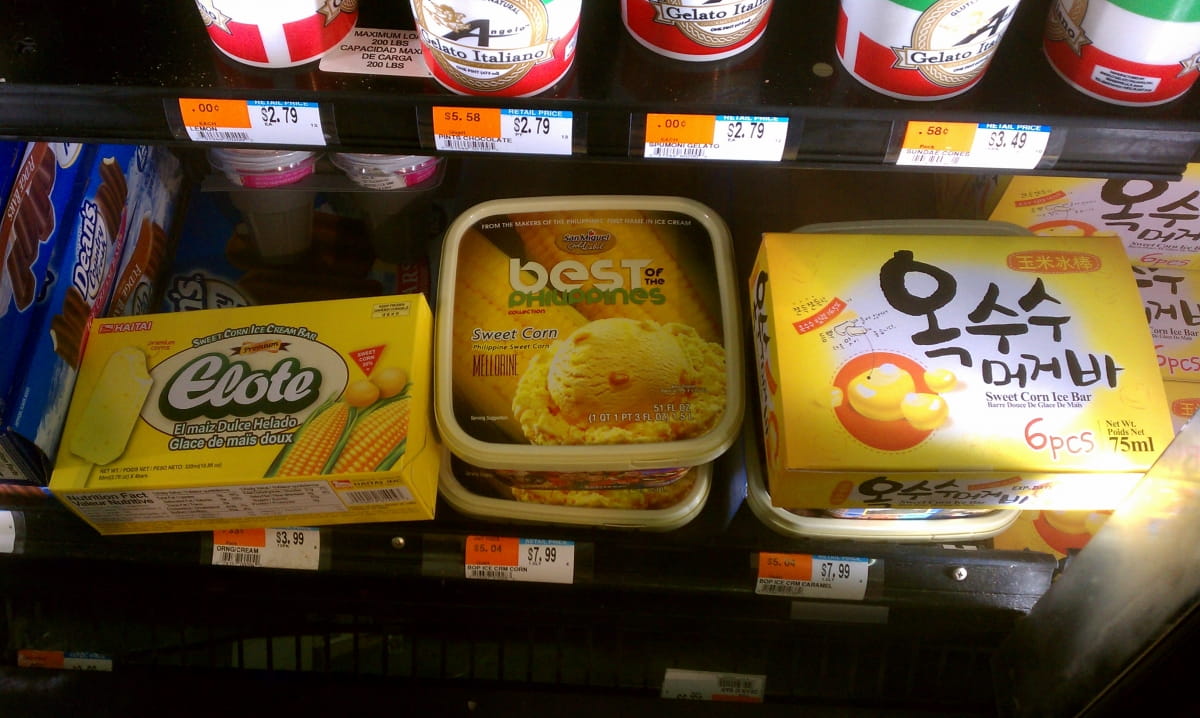 This June, Saveur magazine featured Sweet Corn & Blackberry ice cream from Jeni’s Splendid Ice Creams in Columbus, OH. The recipe is said to combine “the silky flavor of corn with the tartness of black raspberries” and contains ingredients including an ear of corn, black raspberries/blackberries, milk, heavy cream and cream cheese. Here is what that creation looks like: 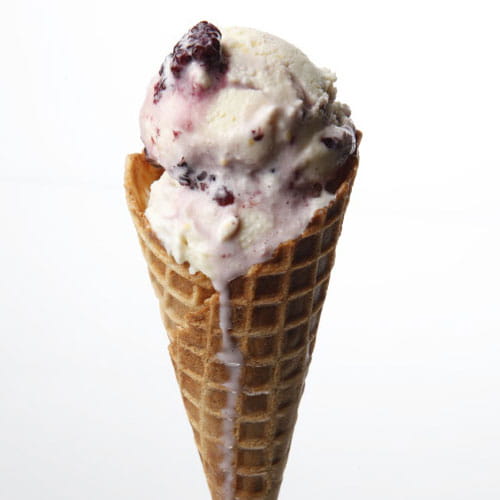 The sweet corn and blackberry flavor combination is also found in recent articles from Williams-Sonoma, the New York Times, and Rick Bayless, while the Food Network recipe pairs corn ice cream with caramel corn and bourbon.

Looking at product launches, not many corn flavored ice creams and desserts have been launched around the world over the past five years. Of the 28 we do see, they are centered in Asia with launches in China, Japan, Thailand, Malaysia and South Korea. The only other country to jump in on the “corn is a great ice cream flavor” idea is Brazil.