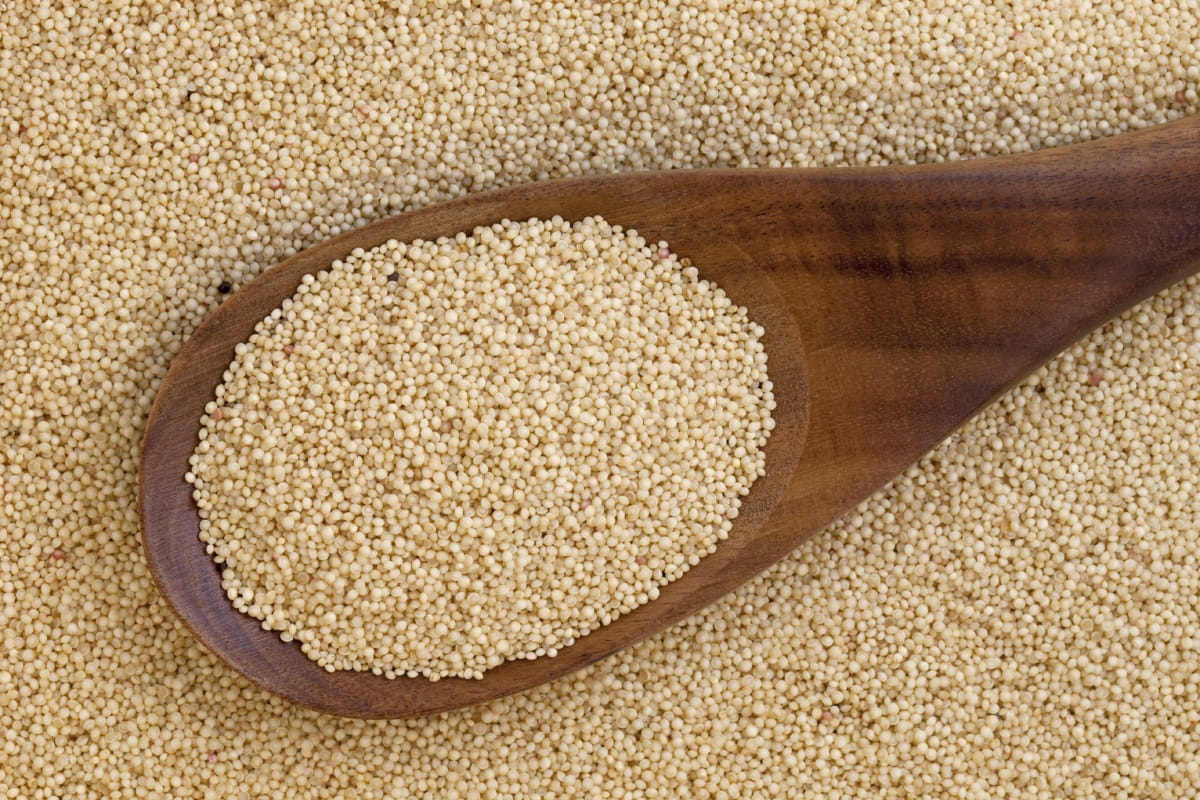 Ancient Grains Return for Another Day

Grocery stores and fast casual chains such as Panera have been incorporating more artisanal breads into their product offerings. Panera offers spelt and amaranth in its sprouted whole grain loaf and “want to be the go-to place for whole grains, ancient grains and sprouted grains.” Some experts predict a drop in the gluten-free trend, but awareness of alternative grains in baked goods is higher than ever.

Side dishes featuring ancient grains accounted for 24% of new products launched since 2011, with prepared meals and meal centers accounting for just 3% of the total.

12% of the products launched with chia seeds in 2013 were in the beverage category, which was up from zero in 2009, according to Mintel. The success of Nuwi’s Quinoa Drinkable Snacks is only the beginning.

Whether in popcorn, bars, clusters or popped chips, ancient grain snacks are in atypical formats and unique flavors. As consumers snack more than ever, it follows that ancient grains will make their way into more consumers’ daily habits.

The Taste of Ancient Times

We analyzed recent beverage, snack, cereal, side dish and chocolate introductions containing ancient grains, and here is a snapshot of the most featured flavors.

Ancient grains such as sorghum, enkir, quinoa, amaranth, kamut and spelt are expected to make major inroads in craft brews. Gluten-free is a big driver of this trend as gluten sensitive beer lovers still want to enjoy a lager or ale with a friend.

Prepared foods typically have a “bad-for-you”reputation, but by adding ancient grains manufacturers are satisfying consumers desire for health. Prepared meal salads are an area where ancient grains are sprouting.

Snacks and crackers are the perfect category for ancient grains, and as consumers seek indulgence along with healthy, it gives them the chance to have their cookie and eat it too. Cookie and cracker launches containing sprouted grains has increased ten times from 2009 to 2014 globally. In North America,1% of all cookie and cracker introductions contained sprouted ingredients, representing significant growth in one year’s time.

The Nitty Gritty of Ancient Grains

Let FONA’s market insight and research experts translate these trends into product category ideas for your brand. They can help you with concept and flavor pipeline development, ideation, consumer studies and white space analysis to pinpoint opportunities in the market. Our flavor and product development experts are also at your service to help meet the labeling and flavor profile needs for your products to capitalize on this consumer trend. We understand how to mesh the complexities of flavor with your brand development, technical requirements and regulatory needs to deliver a complete taste solution. From concept to manufacturing, we’re here every step of the way. Contact our Sales Service Department at 630.578.8600 to request a flavor sample or visit www.fona.com.