Hispanic Consumers: A Force Worth Wooing

This report is so huge, we couldn't fit it all on the post! Click here for the full report!

They’re 57 million strong and have $1.3 trillion in annual buying power. Their food and flavor interests span the spectrum, from authentic homestyle cuisine to Asian flavors to craft beer. But when it comes to making a purchase, Hispanics in America often have checkboxes that must be met — how are your products appealing to this segment? Let’s take a look at Hispanic consumers and their impact and interest in food and beverage. 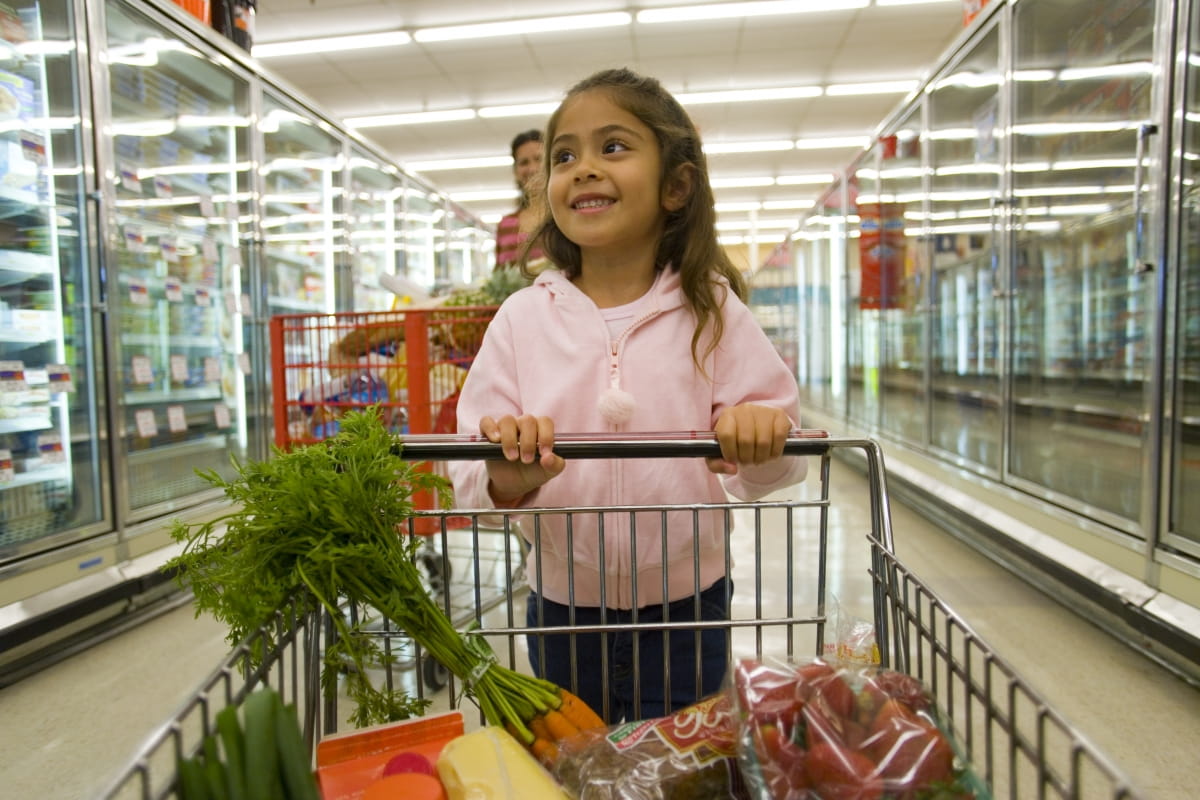 Currently, the Hispanic is counted as 57 million (18% of the total U.S. population) but it is set to add another 62 million by 2060 according to Nielsen data. As of 2015, this segment controlled $1.3 trillion in annual buying power, an amount larger than the GDP of Australia or Spain. These numbers are only going to grow with Mintel predicting spending power to climb to $1.7 trillion by 2019. And on top of that, food and meal time are extremely important cultural factors, so these Americans are certainly a demographic to consider when developing new food and drink products, marketing restaurants and stocking grocery stores.

First things first: What do we mean when we say Hispanic?

General confusion over the term “Hispanic” paired with the country’s proximity to Mexico can make it easy for Americans to think “Hispanic” directly translates to “Mexican.” But this isn't the case.

In this report, we use the term “Hispanic” to refer to consumers from Spanish-speaking countries in North, Central and South America, therefore excluding both Spain and Brazil. 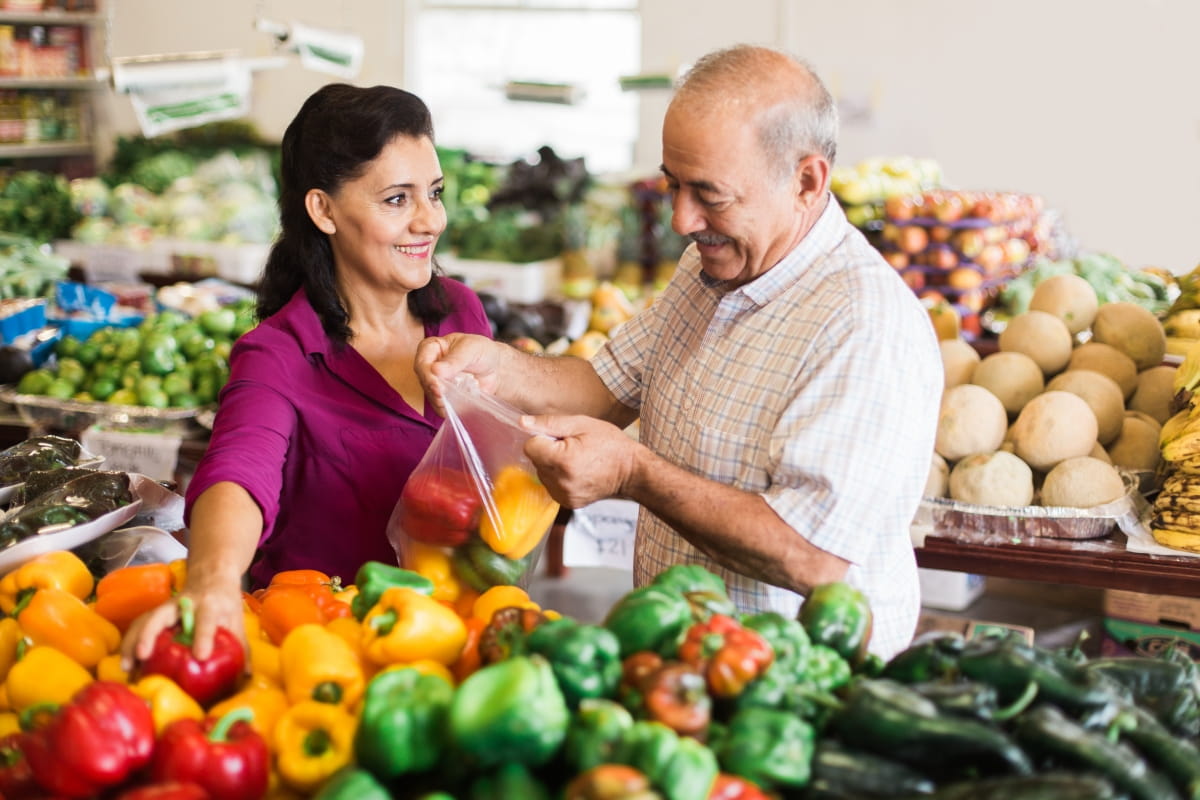 Know your customers! When product developers think of the Hispanic market, it’s important to realize it isn’t composed of one single group. There are more than 20 Hispanic countries, each with individual cultures, customs and cuisines.

Luis Lacal, general manager of Bakery Corp. in Miami explains how this affects his business: “In terms of the Hispanic population in South Florida, we don’t have the same situation as California or Texas with Mexicans, where there’s one particular ethnicity. In South Florida, you have (nearly two dozen) different nationalities, so any product you want to bring to the market doesn’t go to just one.”

One-size-fits-all products and flavors don't speak to Hispanic consumers. Non-Hispanics may not notice the tremendously broad brush being painted with, but Hispanics certainly do. Authenticity to regional flavors is extremely important when hoping to reach Hispanics, especially Millennials who represent almost 30% of the US Hispanic market. They have strong interests in foods with cultural ties. (More on this next.) 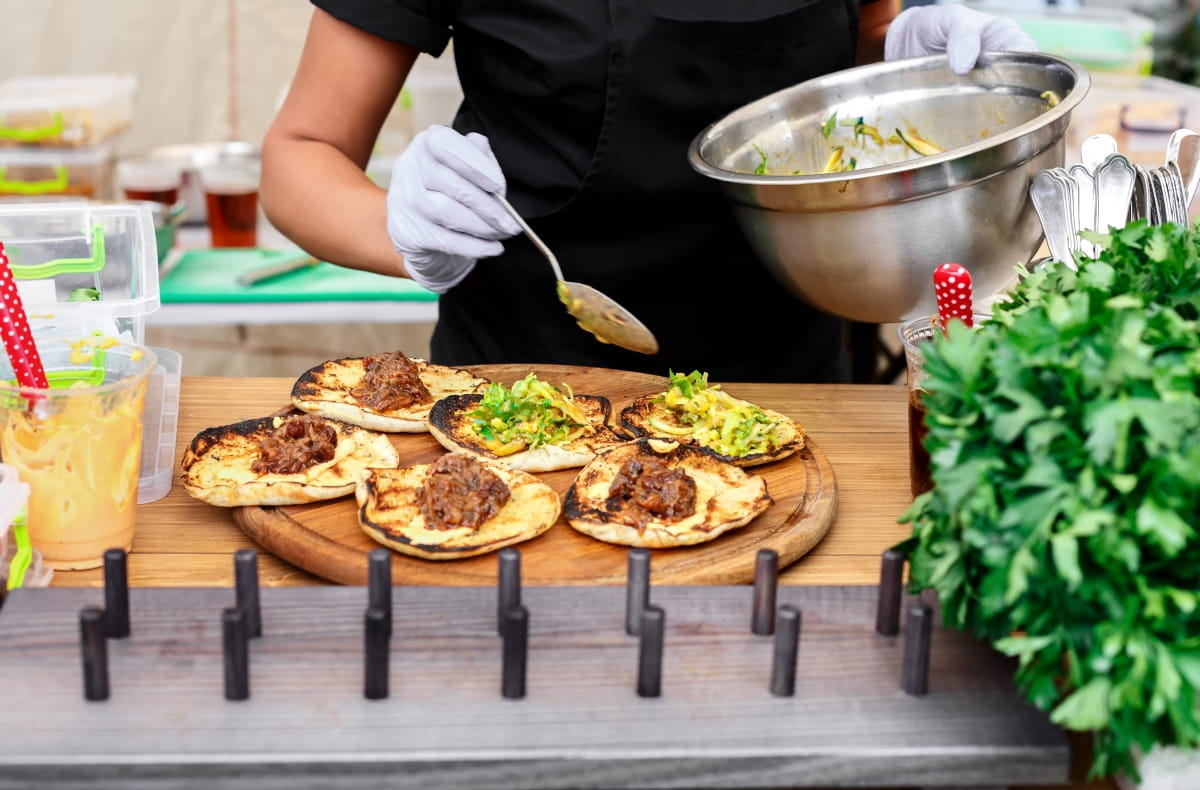 Food is one of the key ways Hispanics celebrate and share their culture with their family and friends. No matter their age or first language, Hispanics have a strong emotional and cultural tie to food, both recipes/ingredients and brands.

One of the biggest influences on Hispanic snack purchases and preferences is their heritage, culture and upbringing. One way Hispanics find this connection in the United States is my shopping at grocery stores specializing in products from home. 57% of all Hispanics in the U.S. say they’re drawn to Hispanic grocers because they typically offer the products and brands that reflect their cultural tastes. 61% of U.S. Hispanic Millennials have shopped at a Hispanic supermarket once in the past year, and even though they may have more options than older generations. About 54% say they are drawn because of culture. 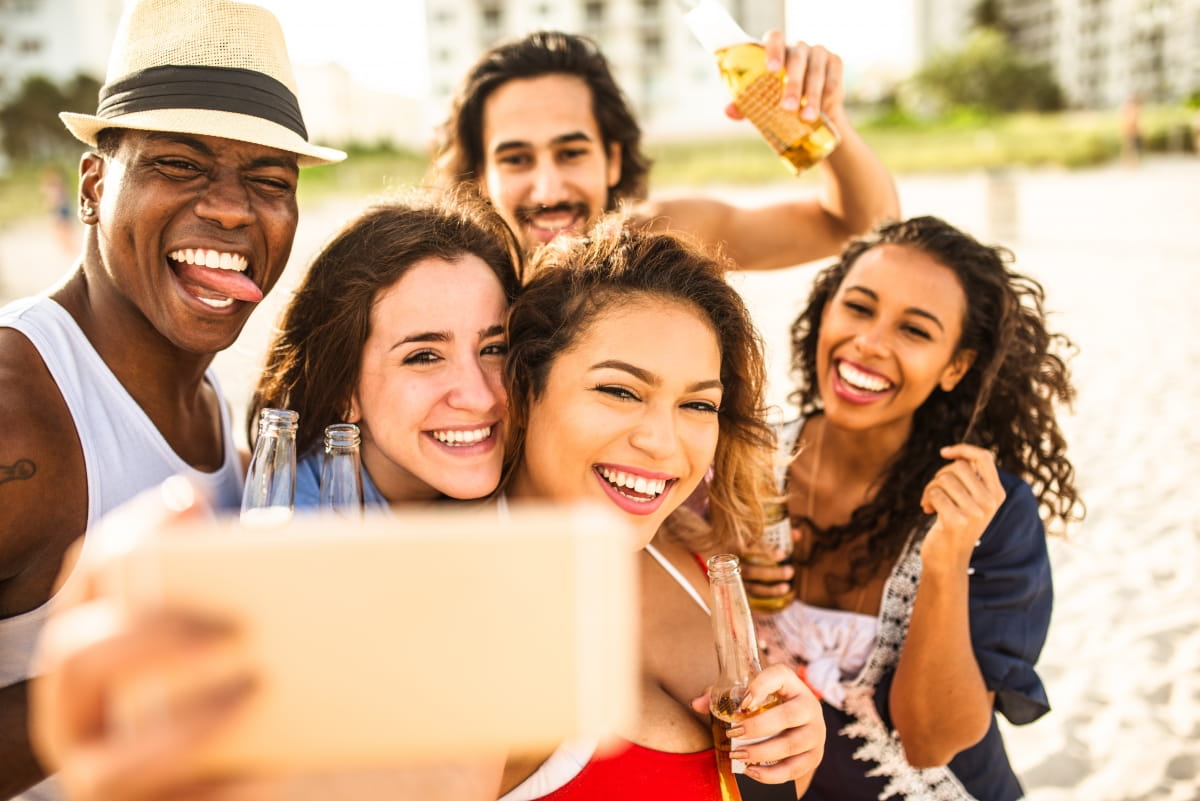 The category of beer is a great example of this cultural brand loyalty. Hispanic consumers spend a larger share of their money on beer than other multicultural consumers. In fact, according to Nielsen, “44% of Hispanic adults claim to have consumed a beer within the last 30 days, slightly above the U.S. average overall.” But a large portion of these beer dollars are going toward imported beers, many of them Mexican. Of the top 10 growing brands among Hispanics, half are Mexican imports.

“Connecting with their roots attracts Hispanic consumers to beers they very well may have consumed in their native countries,” says Eric Penicka of Euromonitor. He continues: “While roughly 65% of Hispanics in the U.S. are of Mexican descent, Hispanics from neighboring areas in Central America with cultural similarities have also found familiarity with Mexican beer brands and gravitated towards them.”

Constellation Brands attributes its 74% sales growth to its beer category, which consists almost entirely of Mexican imports. In fact, Euromonitor reports that Mexican beers are driving the growth of the entire imported premium lager category.

Craft beer is a rising category with a strong flavor profile that should be a hit with Hispanics, says Gerry Loredo of Lopez Negrete Communications. But it has actually lost share with Hispanics over recent years, with only 18% identifying as weekly craft beer drinkers. Loredo says this is because brewers court Hispanics around Cinco de Mayo, but ignore them the rest of the year. A traditional lack of advertising also hurts. Even if a  and those breweries that do advertise don’t often consider doing Spanish-language ads.

Immigrants and their families find comfort in drinking beer they’re familiar with, but Hispanics are curious and welcoming of diverse cuisines, so a combination of familiar flavors and targeted outreach beyond May 5 could tap into this large (and growing) beer-drinking demographic. 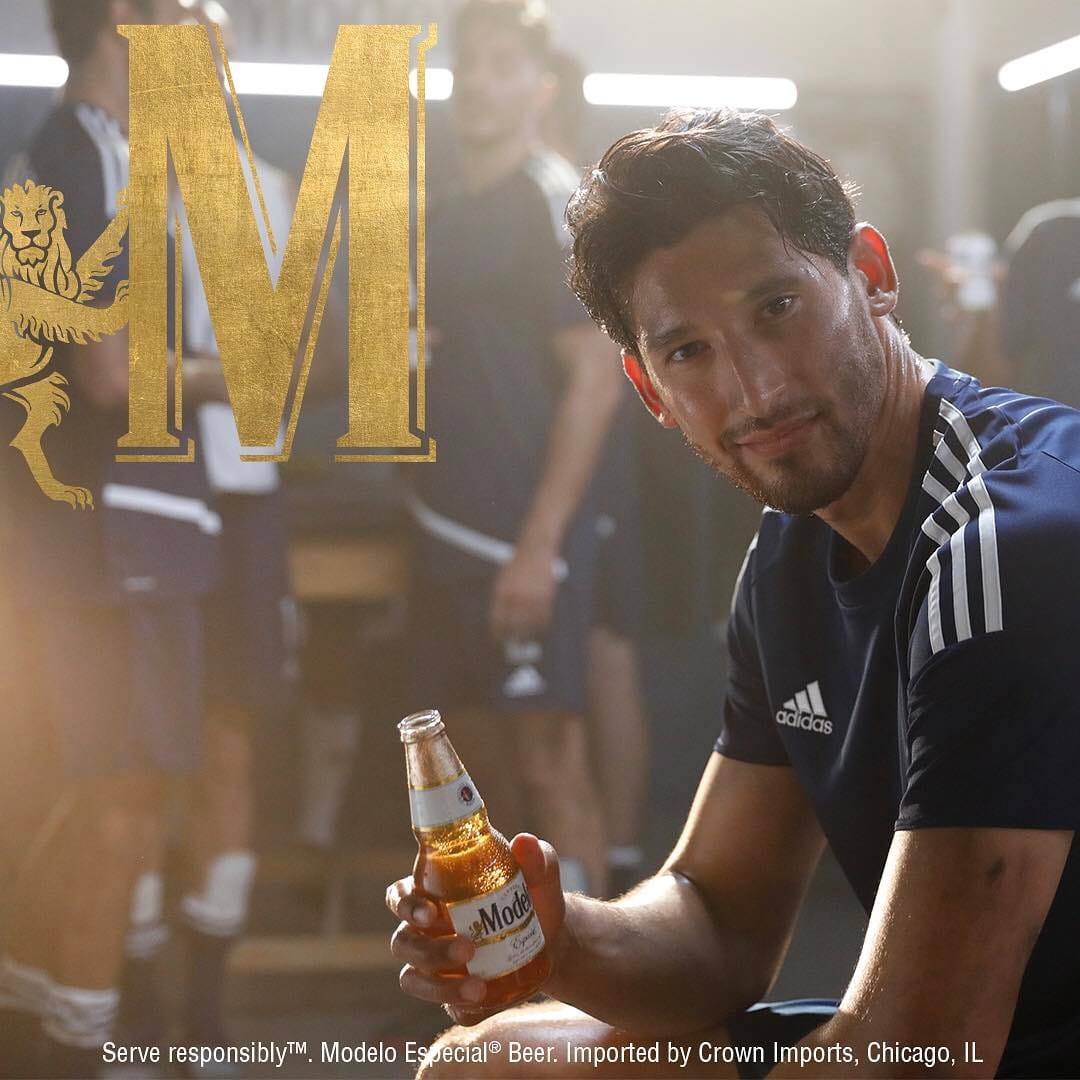 Click here to find out how Molli sauces are bringing authentic Mexican flavor to their products, all in our full report!

What does wellness look like?Living a healthy lifestyle is a significant concern for 78% of Hispanics, according to Mintel research.

Their motivations are pretty much the same as those of all U.S. consumers, including feeling better (72%), looking better (65%) and living longer (61%). The difference is Hispanics are taking a bit more holistic approach to what a healthy life looks like. They emphasize the physical aspects slightly less while taking mental, emotional and spiritual well-being into account, as well, says the Hartman Group.

Fresh is best.Hispanic consumers identify healthy foods as those that are prepared fresh from scratch, and that has nothing to do with calorie counts. In other words: the fresher, the better. We see this desire for fresh food in how they shop. Nielsen looked at multicultural shoppers and found they are particularly influential in fresh groceries, meaning meat, produce, deli, bakery and seafood. Multicultural shoppers spend $40 billion on fresh products annually and devote 21% of their annual food spend to fresh. These consumers also spend 4% more on fresh food than white non-Hispanics, or $60 million in annual sales. Hispanic consumers all over-index in the amount they spend on meat, seafood, fruit and, interestingly,  decorated cakes.

Click here for more details, including what percentage of Hispanic consumers seek out organic products.

Prepared MealsWhen shopping for prepared meals their desire for freshness is still evident. We see the same healthy living motivators of feeling better, looking better and living longer driving their selections. Two telling statistics supporting these findings are that almost half (46%) look for a full serving of vegetables in their prepared meals and more than a third look for it to be organic.

Hispanics are more likely than non-Hispanics to consider “organic” and “refrigerated” (versus frozen) as important choice factors when purchasing prepared meals. Mintel

Hispanics are culinary adventurers. According to the Mintel report “Defining Ethnic Food” Hispanics are much more likely than non-Hispanics to enjoy a wide range of international cuisines. Mintel's research found this adventurous spirit most evident in the exploration of regional and emerging ethnic cuisines such as Central/South American, Spanish, Thai and Korean. 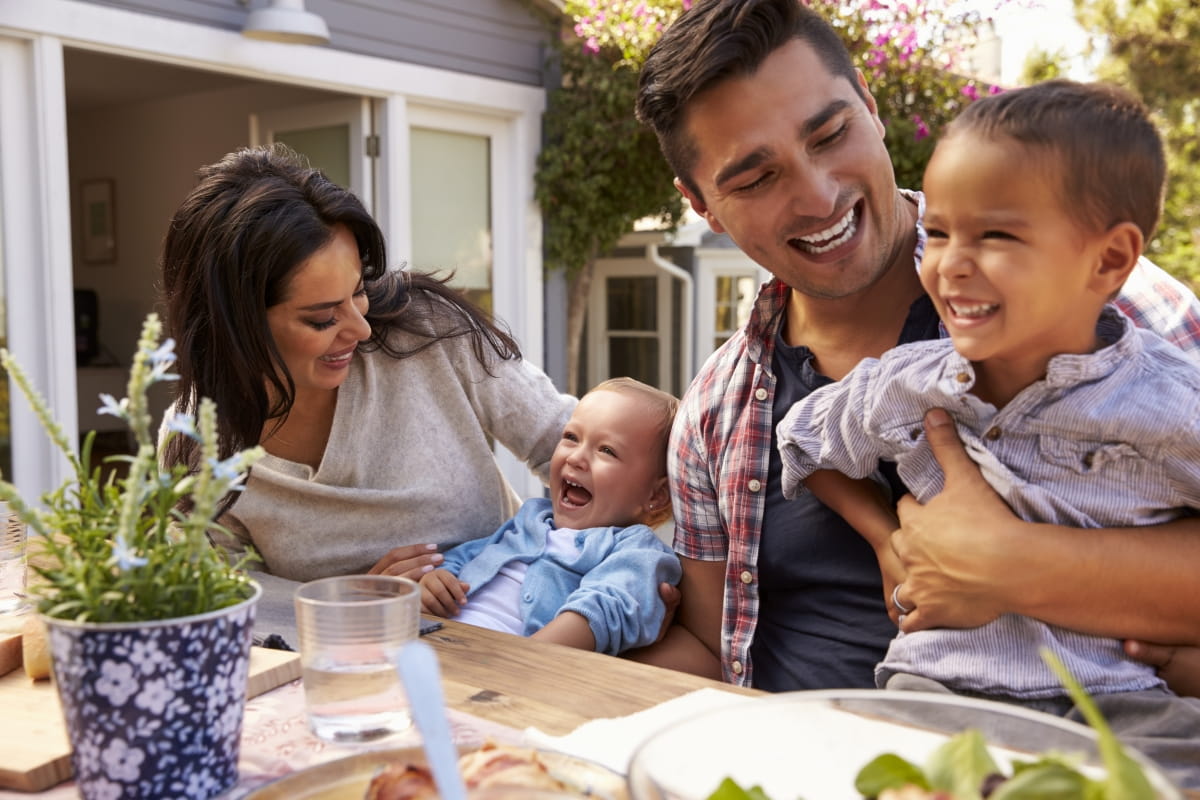 La familia is extremely important in dining experiences for Hispanics, both at home and at restaurants. Research published by The University of Notre Dame's Institute of Latino Studies discusses how this consistent focus on eating as a family stands in contrast with the predominant American style of scattered, solo dining. They define this tradition as a strong marker of Mexican cultural values and an example of pushing back against the dominant culture even as they become more acculturated.

This focus on family means, naturally, that family-friendly restaurants are at the top of Hispanics' list for dining out. According to Mintel, more than six in 10 Hispanics (62%) bring children with them when they go out to eat. They're typically looking for places where they feel welcome, find a good value for their money, and that their kids enjoy. 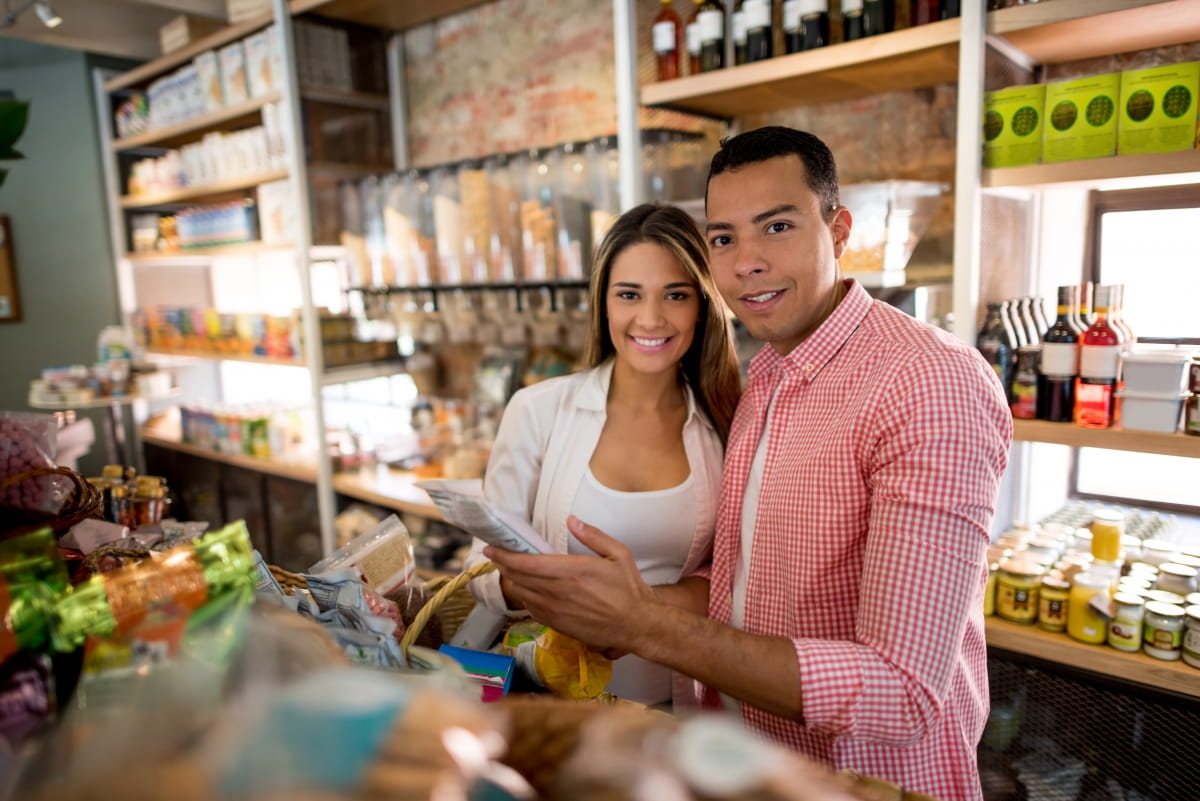 Hispanic Consumers: Worth the Complexity

Developing and marketing Hispanic products — whether inside or outside the core demographic group — is a much more complex notion than one might anticipate, right down to identifying who your particular consumers are. Whether it’s traditional Hispanic products, inspired twists on Latino classics or mixing up flavor fusions from a variety of Hispanic cultures, product developers should put time into learning who their audience is specifically and connect with them on the issues that matter most.

Most importantly, don’t have a narrowed focus when trying to capture this consumer. Even the taste of tortillas vary from nationality to nationality, within this subset. And realize that many Hispanics have interests beyond their own culture, whether it’s craft beer or Korean flavors. This means meeting Hispanics where they are, and making them a priority.