A Global Look at Ice Cream 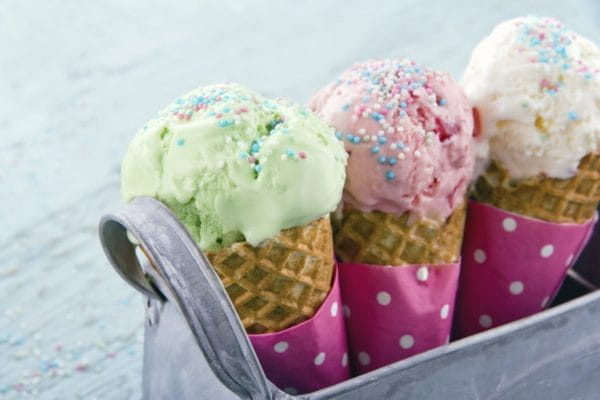 Ice cream is going through an innovation revolution. From adding carbonation to removing dairy to taste experimentation, ice cream can be everything to everyone. What else are we spotting? Changing dayparts, ethical claims, alcohol flavors and fun ingredient additions.

With 65% of Americans saying that ice cream is their favorite food to eat in the summer, the ice cream category is showcasing change and inspiration every day. Let’s take a look at the product introductions, top flavors and other attention-grabbers as we examine the world of ice cream.

According to research from Mars Ice Cream (through an online survey via Harris Poll), consumers view ice cream as much more than just a dessert. It appeared across day parts and was thought of as a snack, not just an after-meal treat.

A Packaged Facts survey shows similar results. “Far more respondents eat ice cream as a snack rather than as a dessert, and they enjoy it throughout the day,” says David Sprinkle, research director.  “More than half consider ice cream an evening snack, about one-quarter consume it as a late-night snack, and another one-quarter as an afternoon snack. Some even snack on ice cream in the morning. Of course, ice cream also serves as dessert, with nearly half eating it after dinner and 13% after lunch.” 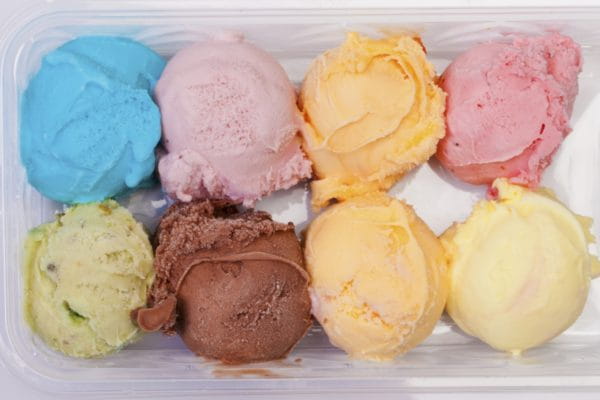 When looking at top flavors including blends, Chocolate, Vanilla and Strawberry rule the world of ice cream launches. In fact, chocolate-flavored ice cream launches increased 19% between 2013 and 2016, further solidifying its place at the top of the charts.

Chocolate is the top flavor in each of the top 10 countries for ice cream launches (except Canada where Vanilla took the lead) with Vanilla, Strawberry and Chocolate & Vanilla sorting into the second and third slots across the board with a few notable exceptions. In Italy, Coffee flavor is second and Vanilla third. Coffee is paired with Caramel, Chocolate, Cocoa, and Stracciatella flavors. In Brazil, Coconut takes second place with Strawberry third and Vanilla a far-off fourth place.

Mascarpone cheese is tied with Custard as the fastest growing flavor since Q4 2014, with 400% more incidents. It appears in products from Austria to Malaysia, paired with flavors such as Strawberries, Raspberries, Cherries, Espresso, Hazelnut, Stracciatella, Balsamic Fig, Pistachio and Chocolate. In the United States, we’re most familiar with Mascarpone as a key ingredient in tiramisu. 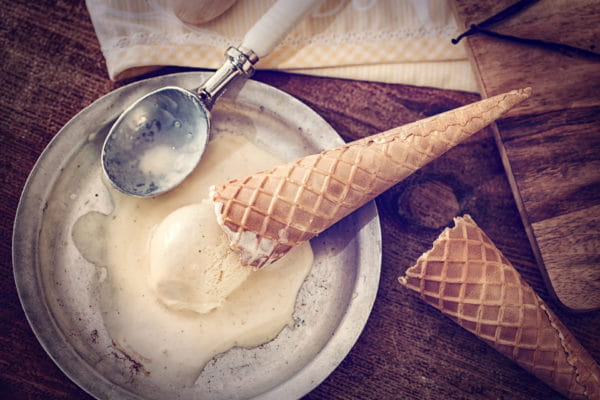 The ice cream industry squeaked out a 1.4% increase between 2013 and 2016, with 42 more products landing on shelves around the world. There were 2,381 new products tracked as of the end of September 2017.

As consumers increase focus on the treatment of the cows providing their milk, a new product that would assuage all worries of animal welfare while enjoying dairy products such as ice cream is emerging: Perfect Day no-cow dairy. Perfect Day removes cows from the dairy equation all together, creating milk using “proteins derived from fermented yeast” in a process not unlike brewing craft beer, reports Whitney Filloon of Eater. Perfect Day’s website promotes the product as “more nutritious, safe, and sustainable than factory-farmed dairy. And it tastes just like cow’s milk!” The company also claims their process to create cow-free dairy uses 98% less water, 91% less land, 65% less energy, and produces 84% less greenhouse gas emissions  than factory farms.

Mintel’s Ice Cream and Frozen Novelties report revealed that 19% of category users are now buying less frozen treats because they are unhealthy. Their research also shows this consumer behavior is evident among younger shoppers. This means ice cream brands need to find a balance between health and indulgence to remain attractive to these consumers.

One such way is by adding protein into the mix. High/Added Protein is the third fastest growing claim in the past year (+275% Q3 2016 – Q3 2017) with brands such as Halo Top and Arctic Zero gaining fans and Breyers joining the fray with their Delights line of low fat ice creams (260-330 calories and 20 grams of protein per pint).

Protein adds a level of permissibility and opens ice cream eating to more occasions, such as post workout, which without the protein angle would be about the last time you’d think to reach for ice cream. 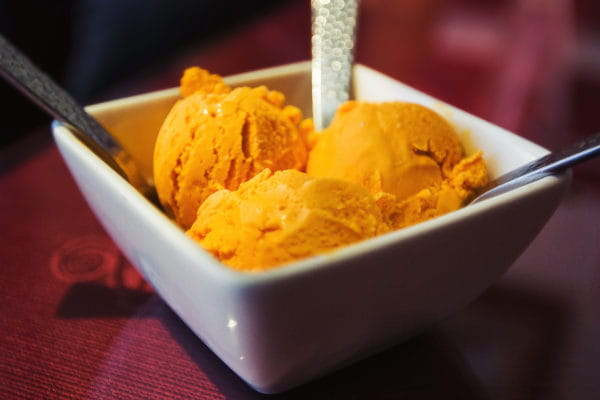 "When you think of something that can instantly improve any meal it accompanies, it’s a tie between ice cream and booze,” says Suzannah Weiss of Refinery29. And now consumers can enjoy them both as ice cream products that register a real ABV% find their way into stores and restaurants, giving treat-focused folks a double dose of indulgence.

(Tipsy Scoop highlights how well this trend ties in with consumer interest in artisan ice creams and premium ingredients, which are the leading area of interest in ice cream innovation in Canada (44%).)

Our flavor and product development experts are also at your service to help meet the labeling and flavor profile needs for your products to capitalize on this consumer trend. We understand how to mesh the complexities of flavor with your brand development, technical requirements and regulatory needs to deliver a complete taste solution. From concept to manufacturing, we’re here every step of the way.

Contact our Sales Service Department at 630.578.8600 to request a flavor sample or visit www.fona.com.