Coffee, it’s an American tradition. With 62% of Americans saying they enjoyed a daily cup, coffee continues to dominate the beverage landscape. Consumption is not only consistent — it’s consistently high. The average coffee drinker consumes an average of 3.1 cups of coffee each day.

In part one of our coffee series, we’ll set our eyes on consumers and their behavior – the who, when and why. From the fact that gourmet is key and dayparts are expanding (making coffee an afternoon drink for many Millennials), there’s plenty to savor. Let’s take a look. Who Is Drinking Coffee?

The answer is most Americans, according to the National Coffee Association. 67% of U.S. consumers drink coffee daily. That’s up significantly from 57% last year.

Coffee Consumers Are Getting Younger

Coffee drinking is no longer considered taboo for the younger crowd. Millennials born around 1982 (so, those in their mid-30s) started drinking coffee, on average, around age 17. That sounds pretty young until you hear that those born after 1995 (21 and younger) started when they were about 14 years old. And pushing the needle even younger, Mintel research shows a percentage of teens as young as 13 regularly drink coffee. Millennials account for 44% of total U.S. coffee consumption. In her article “Coffee and Experience,” Olivia Ledbetter, trend writer for Barkley, discusses Millennials’ desire to step back from the digital world and “re-engage with their bodies and surroundings,” citing the DIY movement as a prime example. Now, while many Millennials may not have time or interest to build their own furniture, brew their own beer or make their own goat milk soap, they can “get their senses engaged when making a great cup of (pour-over) coffee.”

Pour-overs turn coffee preparation into an “everyday ritual devoted to slowing down,” rather than a time-consuming chore, Ledbetter explains, relating it to the current cultural focus on mindfulness. Those few minutes spent preparing a pour-over provide an opportunity to embrace an “often overlooked experiences of everyday life” and “re-engage with the physical world.”

This is an interesting aspect of consumer drivers for product developers and marketers to keep in mind. Consider the experiential nature of products and how they can provide moments of connection for people looking to step back from the screen-focused digital world.

Check out the full report for a look at coffee consumption by age group.

When looking at ethnicity, the greatest shifts recorded by the American Coffee Association were in espresso-based beverages. In the U.S., consumption is flat among Hispanics between 2016 and 2017, while up 7% among Whites, 10% among Blacks and 14% among Asians. Convenience Store News reports 67% of Hispanics drink coffee every day, which is higher than other ethnic groups in the U.S. They also drink more coffee each day — about a cup and a half a day more—than the average non-Hispanic customer.

While we noted that American youth as young as 13 were enjoying coffee, Simon El Hage of cross-cultural marketing group Casanova Pendrill tells CSN that some Hispanic children as young as 5 drink coffee. He also noted that Hispanics typically enjoy bold flavors and recognize high quality coffee.

Baked goods are the perfect coffee companion for Hispanic consumer. “It caters to the idea of fresh bread in the morning, and that’s very culturally relevant,” says Robert Siewczynski of Epsilon Multicultural marketing agency in Irving, Texas. “There’s a lot of emotional attachment to baked goods; these things transcend generational level. It’s about your Hispanic roots.”

When Are Consumers Drinking Coffee?

Good morning! Breakfast (defined as the first meal after rising, even if it’s only fruit juice or coffee) continues to be the time of day we see the most coffee consumption with 80% of consumers enjoying a cup of coffee to start their day. 90% of consumers aged 60+ have coffee at breakfast, making them the driving demographic in this daypart. Overall, though, morning coffee is dipping across all ages, except 60+. Afternoon consumption (defined as between lunch and dinner) is currently at 26% and rising, led by consumers aged 25-39 (30%). One factor contributing to this rise (and the decline at breakfast) is the increase in popularity of espresso-based drinks, which are often “prepared outside the home and drunk later in the day,” according to the National Coffee Association.

Evening consumption is at an all-time high: 16% of consumers across demographics drink coffee in these after dinner hours. 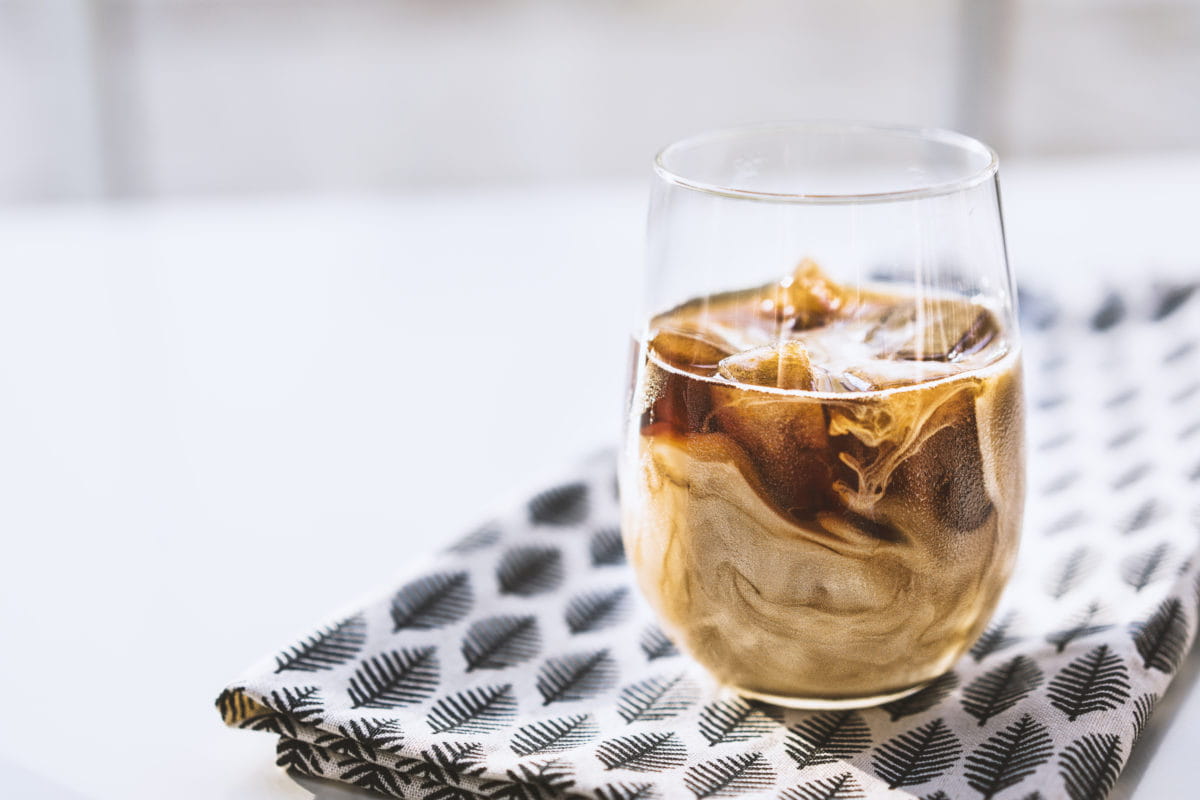 • Two Bears Maple Pecan Cold Brew Coffee is made with 100% Colombian coffee and contains natural ingredients. The handcrafted, craft-brewed product is suitable for vegans, is free from gluten and provides 45 calories per bottle. Canada October 2017

• Barissimo Fair Trade Certified Cinnamon Vanilla Nut K-Cups are naturally and artificially flavored and made with 100% Arabica coffee. This medium roast product is compatible for use with Keurig K-Cup Brewer, and has been fairtrade and kosher certified. U.S. September 2017

• Independence Coffee Co. Old New Orleans Creme Brulee Whole Bean Coffee is a fairtrade and whole trade certified, Texas roasted coffee made with 100% Arabica world coffees and contains natural and/or artificial flavoring. The manufacturer states to be committed to helping better the local community and giving back those in need. U.S. May 2017.

The coffee category continues to grow and remains interesting to watch as consumer consumption grows, especially among younger consumers seeking experiences. New occasions, such as the afternoon daypart, rise with the increased desire for espresso based beverages.

Let us help you translate these trends into concept and flavor pipeline development ideas. Ideation services, consumer studies and white space analysis are all services available to help you pinpoint opportunities in the marketplace.

Our flavor and product development experts can help you meet your desired labeling from a technical and regulatory standpoint while delivering a complete taste solution that supports your brand and delights your consumers.

From concept to manufacturing, we’re here every step of the way. Contact our Sales Service Department at 630.578.8600 to request a flavor sample or visit www.fona.com.