Consumers are digesting the fact that gut health is inextricably linked to well-being. While the notion of “You are what you eat” is hardly new, the collectively deeper dive into the importance of the gastrointestinal tract and how to properly maintain it is evident in the spate of products on the marketplace that tout better digestive health. For some people, it’s about weight loss. For others, maintaining or improving their gut bacteria is a step in preventing disease and building up immunity. Whatever is driving their interest in products that keep the gut healthy and happy, you can deliver on it with offerings that fit their lifestyle and their taste. Read on to learn about the ways in which the human body’s littlest organisms are a big deal. 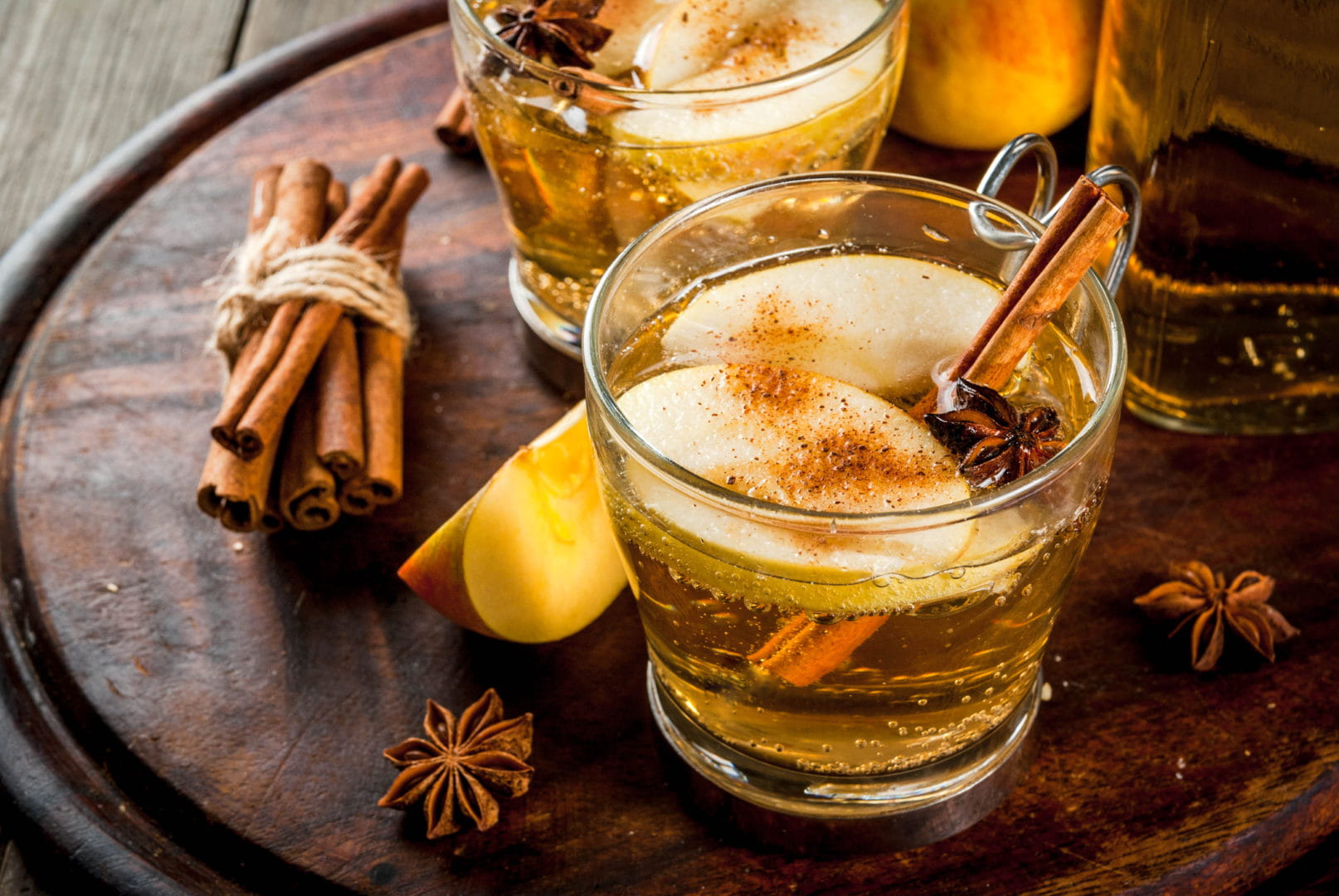 Consumers today are becoming even more aware of the direct connection between the digestive system and human health.

A Few Facts About Our Gut Health:

The term “microbiome” has been cropping up more in recent years, and it refers to the ecosystems within the human body where bacteria, virus and fungi live. In the digestive system, many of these microorganisms cluster inside the large intestine. 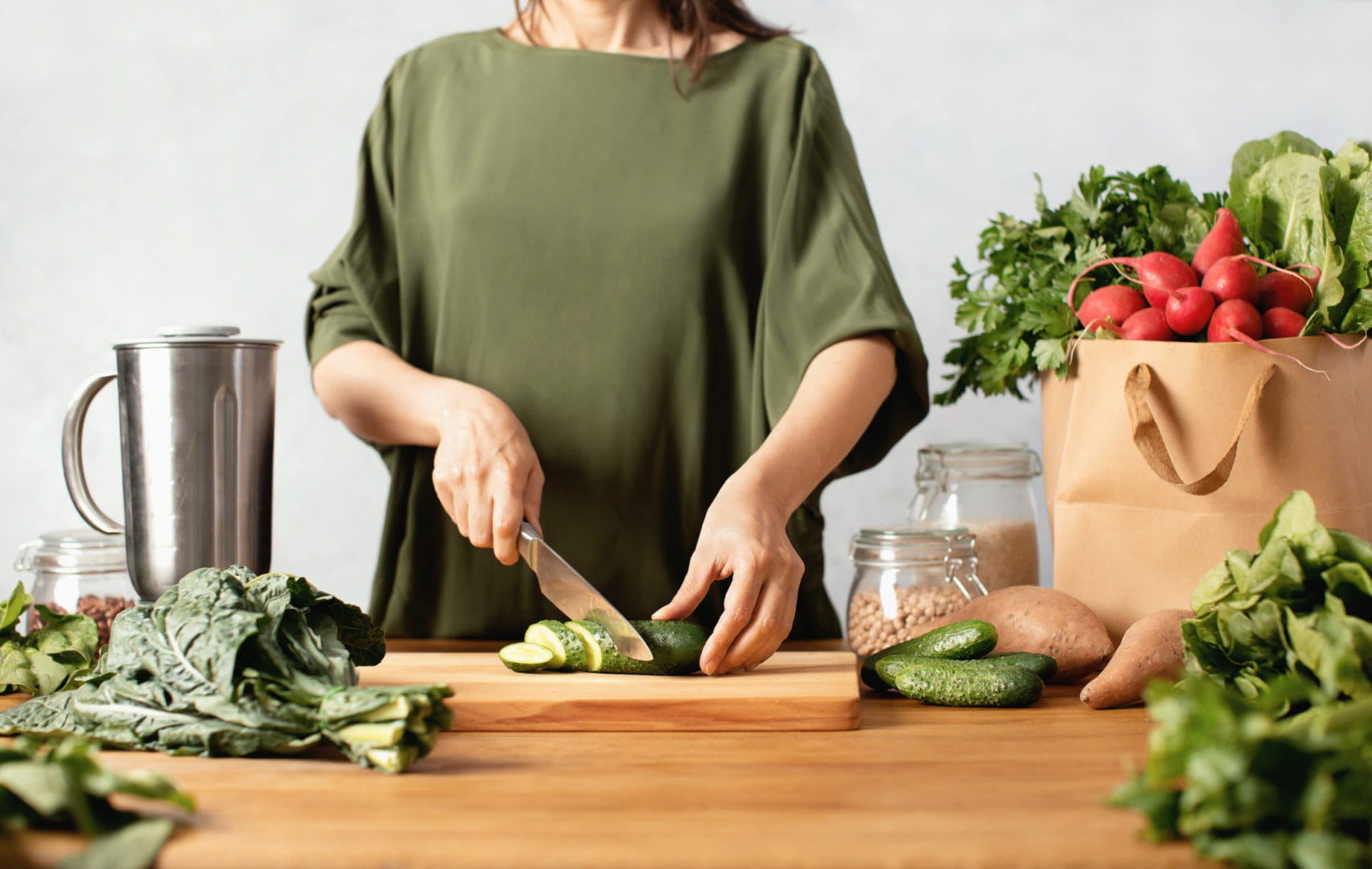 For North America New Product Introductions in the Past Three Years with Functional – Digestive and Prebiotic; Probiotic claims 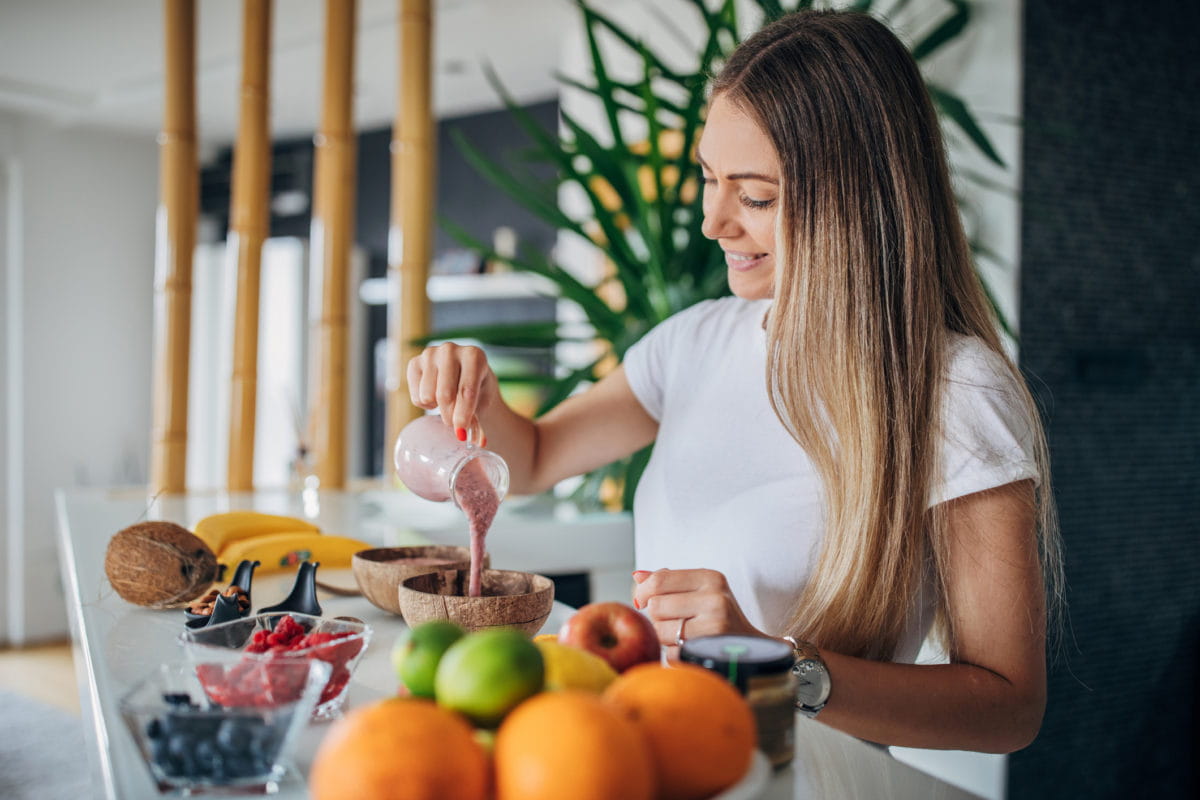 Today, items purporting to help with gut health are appealing to a cross-section of the food and beverage marketplace.

As demand has come from many sides in the marketplace, some foods and ingredients have emerged as early winners in the gut health space. For instance, 10 or 15 years ago, the word “kombucha” wouldn’t necessarily roll off the tongue or be as familiar as it is today with a wide swath of consumers. Other ingredients that have become associated with digestive health claims in recent years include fermented products like kimchi, kefir, miso, sauerkraut and other substances found in nature, such as inulin-rich chicory root.

Not quite an artichoke as most consumers know them, the Jerusalem artichoke is part of the sunflower plant and is considered a root vegetable that resembles a ginger root. The plants are available year-round in the U.S. Also known as a sunchoke, this plant-based food is high in the prebiotic of inulin, which has been shown to support digestive health. Taste-wise, they have some similarities with potatoes and artichoke hearts.

Green Goodness 100% Fruit Juice Smoothie is made with 100% kiwi, apple, and mango fruit juice from concentrate and other added ingredients, including Jerusalem artichoke. The product is free from added sugar.

DeBoles Organic Spinach Fettuccine is described as a combination of spinach, the subtle nutty taste of Jerusalem artichoke inulin and durum wheat semolina. This USDA Organic certified pasta is low in fat and free from cholesterol and GMO.

27% of consumers said they likely or definitely would buy this product.

25% of consumers said they likely or definitely would buy this product.

Simple Truth Free From Multi-Flora Probiotic Dietary Supplement is claimed to support digestive health, which is closely tied to the immune system. The vegetarian and gluten-free product contains 16 billion active cells including five well-researched strains of beneficial bacteria – including some sourced from Jerusalem artichokes.

Natto is a considered a probiotic. It’s a type of fermented soy, made from steamed soybeans and a starter culture and is commonly consumed in Japan because it’s healthy, affordable and easy to prepare and use. In addition to its stringy texture and appearance, natto does have a strong smell, which why it’s often paired with other ingredients like soy sauce and mustard in dishes. In the U.S., natto is starting to show up in restaurant menus and in product portfolios.

New York Natto Organic is a Japanese probiotic superfood made fresh in New York City. The Certified Organic product is available in an 8-ounce jar.

Small Bean Organic Natto is described as probiotic fermented Certified Organic soybeans and is made in Vermont.

Doctor’s Best Nattokinase is a supplement made with the nattokinase enzyme derived from natto. According to the company, during the natto production process, non-GMO soybeans are boiled and fermented with friendly Bacillus subtilis bacteria producing nattokinase.

Peyoung Garlic & Natto Chow Mein Noodles is a product from Japan. This product comprises instant cup noodles flavoured with strong garlic and aromatic fermented soybeans and can be prepared in hot water in three minutes. 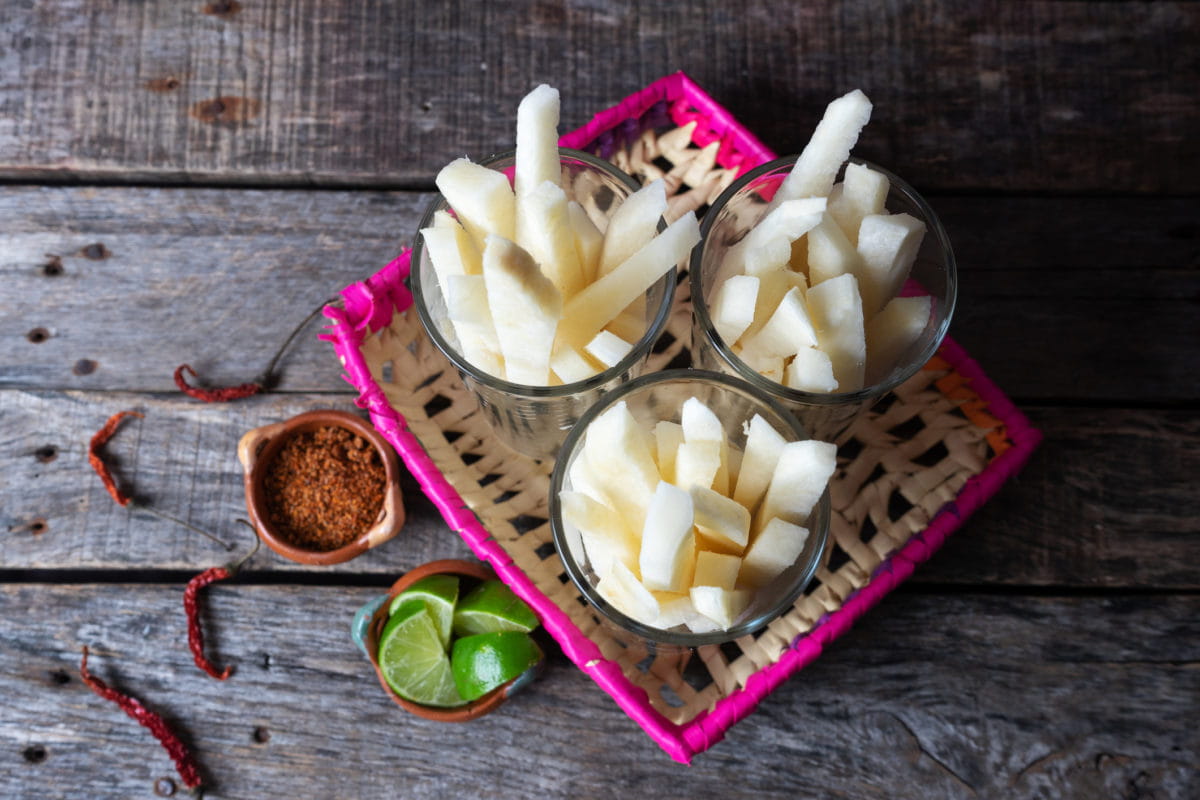 Jicama has been around for a while in produce departments and as an ingredient in salads and other dishes. But it’s getting a new look lately for its prebiotic fiber content, as a way to restore healthy bacteria in the gut. A root vegetable that’s typically grown in Mexico and Latin American countries, jicama looks like an apple but doesn’t taste as sweet -it’s more like a mix between an apple, potato and pear. Its mild taste and starchy composition makes it a good flavor companion and complement.

33% of consumers said they likely or definitely would buy this product.

JicaChips Sea Salted Baked Jicama Chips are described as an ancient Mexican root vegetable that tastes like a cross between an apple and potato and is made with olive oil. It is a natural source of prebiotic fiber, which nourishes the good bacteria in the digestive system and promotes gut health.

36% of consumers said they likely or definitely would buy this product.

Melissa’s Jicama Wraps are described as thin jicama slices. This ready-to-eat product is said to be a perfect tortilla replacement.

28% of consumers said they likely or definitely would buy this product.

Jica Jicama Tortillas are ready-to-eat taco shells made with thin jicama slices. The microwavable product is said to be crunchy and refreshing and made with 100% fresh jicama. It is a natural source of prebiotic fiber, which nourishes the good bacteria in the digestive system and promotes gut health.

29% of consumers said they likely or definitely would buy this product.

Cinnamon is inner bark from cinnamon trees, including cassia cinnamon and Ceylon cinnamon. Long a beloved spice, cinnamon has been shown to offer a variety of medicinal properties, as an anti-inflammatory and antioxidant. A study in the Journal of Food Science found that cinnamon can help the regulation of the intestinal microbiome and can be considered a prebiotic. As a familiar, favorite flavor with a broader range of health benefits associated with it, cinnamon is an appealing addition for consumers

34% of consumers said they likely or definitely would buy this product.

26% of consumers said they likely or definitely would buy this product. 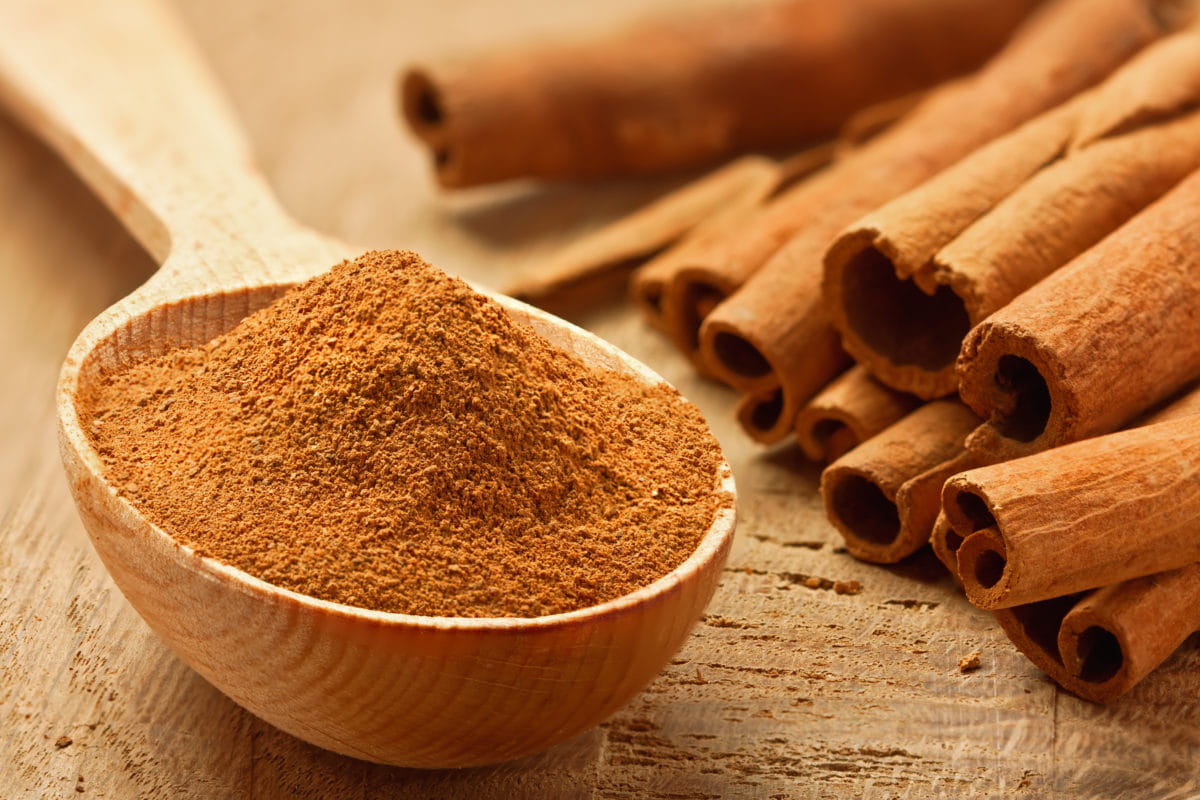 As a broad segment of consumers seeks to bolster health by consuming products that maintain or improve good bacteria in the intestinal tract, they are going for products that offer a familiar taste and smell (hello, cinnamon) and are open to experimenting with ingredients that have proven to be gut health superfoods in other parts of the world. There are opportunities for product developers to utilize ingredients that can easily absorb other flavors, such as jicama, and plant-based foods like Jerusalem artichokes that have intrigued chefs for versatile and year-round availability. Beyond these ingredients, look ahead to the next wave of gut health innovations, from combinations of items like yogurt and blueberries or salmon and miso, to postbiotics that deliver on health and function in forms like wholegrain oat flour. Trust your gut that this space has room for new avenues of growth.

Let McCormick FONA’s market insight and research experts get to work for you. Translate these trends into bold new ideas for your brand. Increase market share and get to your “what’s next.” Our technical flavor and product development experts are also at your service to help meet the labeling and flavor profile needs for your products to capitalize on this consumer trend. Let’s mesh the complexities of flavor with your brand development, technical requirements and regulatory needs to deliver a complete taste solution.

From concept to manufacturing, we’re here for you — every step of the way. Contact our sales service department at 630.578.8600 to request a flavor sample or contact us at www.fona.com/contact-fona/