It’s a generation that is both numerous and expansive. With a 20-year gap between the oldest and youngest Baby Boomers, they are a generation that is entering later life with an unparalleled focus on health and wellness. The Baby Boom generation – generally the parents of Millennials and older Generation Zs – have attracted notice from the time births spiked following World War II through the ensuing decades (all of which they influenced in a number of ways.) They’re still a formidable group, not just in size but in their influence on food and beverage trends. Many of them are interested in CBD, intense flavors and value-based products – and they’re reinventing different markets and segments each day. Let’s take a look. 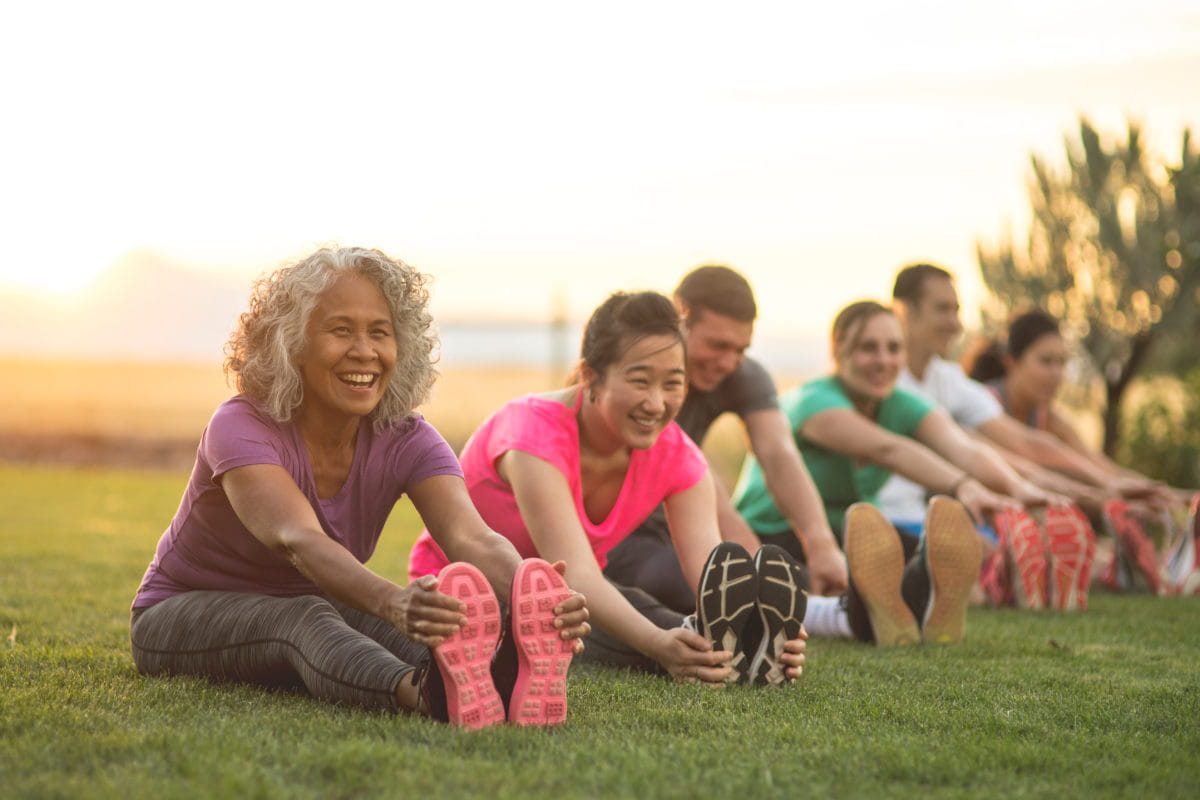 Born after the end of the Second World War between 1946 and 1964, the massive Baby Boom generation was named for the skyrocketing birth rate during those years of expansion and prosperity. Even now, their numbers are impressive: seniors are the most rapidly-growing population.

That said, the nearly 20-year age gap between the first Boomers, now 65 to 73, and the youngest Boomers, most of whom are still working, means that this is not a one-size-fits-all group. There are differences in what younger Boomers want and what older Boomers are looking for, particularly in foods and beverages and accompanying flavors.

Younger Boomers, for example, enjoy discovering new tastes and consider themselves adventurous. In addition, this segment of the demographic grew up with the heyday of brands and have a continued sense of brand attention and loyalty. Older members of this age demographic tend to be less brand-focused and are open to items under different labels. At the same time, older seniors may be less willing to try something new and prefer to stick with what they like and know.

“To connect with the Younger Boomer consumer, marketers must take a values-centric, live-for-the-moment approach.” - Iconoculture

Pretty much from the late 1940s through today, Baby Boomers have impacted food trends, including fads that have come and gone (oat bran, anyone?) and true, lasting changes in eating and drinking.

Thanks to the Boomers, brands like Coca-Cola, Campbells, Kellogg’s, Kool-Aid, Good Humor, Hostess and McDonald’s, among others, became etched in food culture and history. Baby Boomers also spurred interest in various diets over the years, including low-fat and low-cal eating plans and fad diets like the Scarsdale, South Beach, Grapefruit, Beverly Hills and Atkins diets, among many others.

Just as they continually redefined the nation’s culture over the years, Baby Boomers are redefining aging as they are moving into their late 50s through their early 70s, a stage that some have referred to as “the Greynaissance.”
Notably, they’re changing the lexicon, shifting the focus from “anti-aging” products and practices to “pro-aging” ones. They don’t want to be reminded of their age, instead preferring to engage with and be empowered by products that they see as positive and, from a health and wellness perspective, preventive and proactive. This can include foods designed to improve overall health and cognitive function as well as foods with medicinal properties that work for certain conditions. The current push for plant-based foods and foods with functional properties dovetails into this movement.

“Brands should innovate with preventative claims such as gut, bone and joint health, antioxidants and cognitive function to protect, promote, and maintain health and wellbeing. Use positive terms such as ‘vitality’ or ‘longevity’ rather than positioning anti-ageing functionality as something that requires a fight to maintain.” - Michelle Teodoro, Mintel

The pro-aging attitude is exemplified in Boomers’ eating and drinking habits and choices, often based on health and wellness.

While there may be differences between the edges of the Boomer population on certain things, health and self-care isn’t one of them.

Three quarters of older Americans prioritize their health and more than half say they plan to improve it. Between 2010 to 2018, the percentage of Baby Boomers who say that health is an important value to them rose at a rate of 23 percent. The desire for comfort among this demographic climbed 12 percent.

The health- and wellness-centric attitudes of Baby Boomers is evident in a variety of food and beverage products: 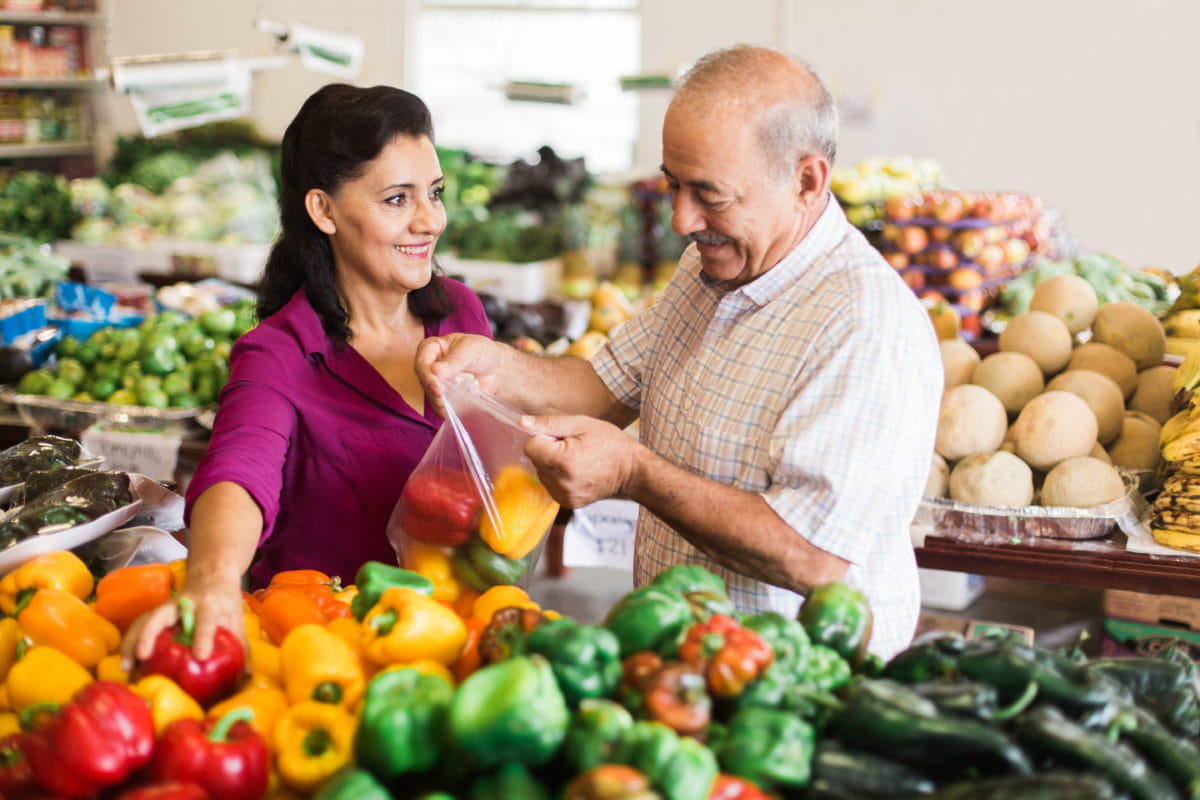 Healthy doesn’t mean stodgy. The Baby Boomers who have long been on the cutting edge of culture are also embracing their “graynaissance” by considering themselves still relevant and on-trend, another value driving their choices in the marketplace. This is particularly true of the Boomers on the younger and middle part of this generation’s spectrum.

Considering many members of this demographic are parents to Millennials, they are closely connected to their children of that generation and enjoy spending time – and meals – with them. On a broader level, they consider themselves as an important part of a multi-generational market, which may bode well for an approach of “ageless” for vibrant marketing.

Baby Boomers are keeping up with other trends in foods and beverages, such as the rise in plant-based eating and ongoing interest in bold, authentically ethnic fare and ingredients.

Part of the popularity of boldly flavored foods among Boomers can be attributed to their desire to be live robustly and be on in on or driving trends. But another aspect of the appeal of strong flavors is related to age. Even as they seek to be empowered by what they consume, this generation is like others before in that taste buds become duller as years progress: over the age of 50 the sense of taste wanes, which often leads to changes in eating habits.

There is a spectrum of robust flavors that can appeal to Boomers wanting or needing foods that pack more of a punch to the palate. Full-flavored fruits are an example, as are spicier, zippier flavors like peppers and ginger.

Over the age of 50 the sense of taste wanes, which often leads to changes in eating habits.

Activia Fiber Strawberry Cereal Probiotic Yogurt from the Boomer-trusted Dannon brand is described as a “creamy snack” (good for those who have difficulty chewing or swallowing) that’s also a good source of fiber and beneficial probiotics.

Chickpea Snacks from Biena Foods are described as high in fiber and protein and free from gluten and come in bold flavors for seniors’ tastes, like Habenaro, Cinnamon Crunch and Barbecue.

Special K Blueberry with Lemon Clusters, from a venerable brand that Baby Boomers grew up with and trust, is a cereal containing blueberries and “lemony clusters” that would be appealing to aging consumers seeking vibrant flavors. The product is also described as containing vitamins C and E.

The startup brand Perennial introduced a new plant-based, non-dairy beverage aimed at those over age 50, made with fiber, vitamins and plant protein and described as promoting gut, bone and brain health. 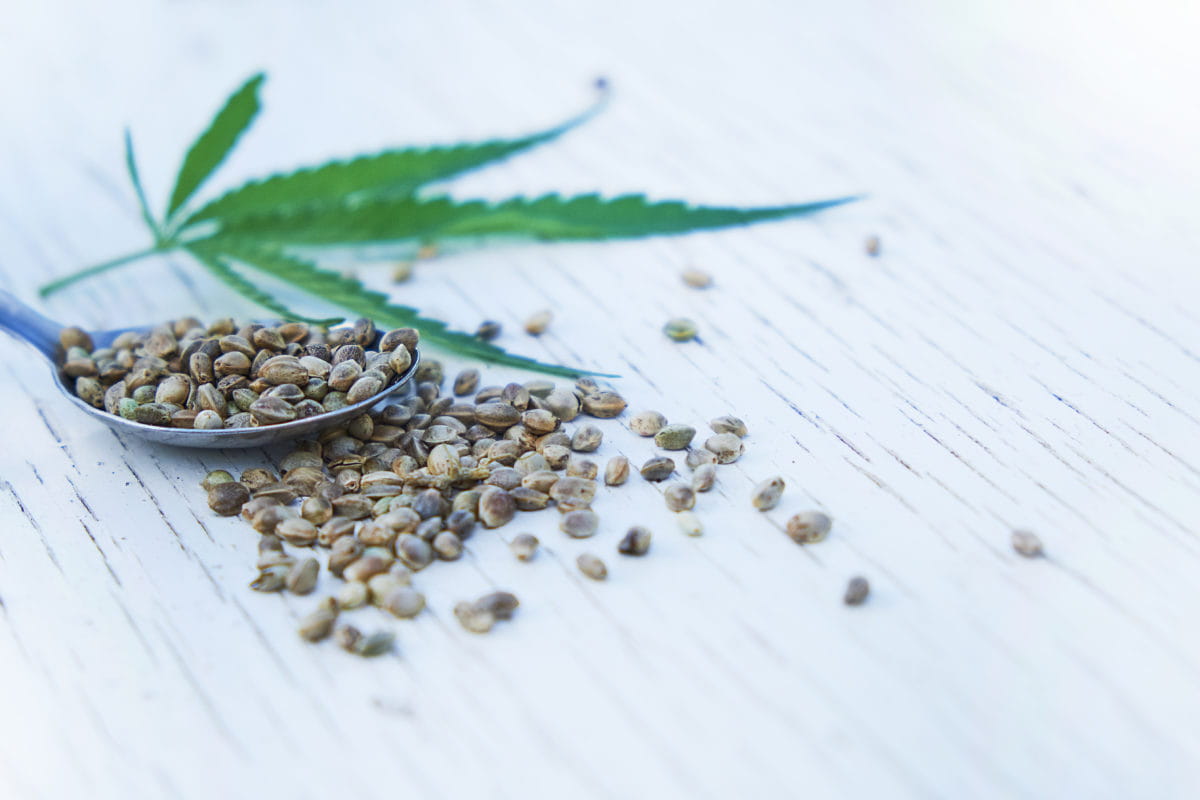 Easing into Aging with CBD

The Baby Boomers’ values of seeking comfort, happiness, health and wellness are converging with the more recent trends in cannabis and CBD in a marketplace that is rapidly and notably opening to include such items. CBD is an acronym for cannabidiol, an active component of cannabis. CBD is not THC, the compound that delivers a “high.” CBD is touted for its many health benefits, like relief from anxiety and pain. As we mentioned in our recent deep dive into the cannabis space, CBD is already disrupting the industry – but the FDA has not yet weighed in. This is creating a bit of confusion – and a waiting game – for many brands in the space. Despite the regulatory hurdles, consumer interest crosses nearly all demographics. Nearly the same percentage of Boomers as Millennials are interested in CBD, creating a huge opportunity in food and beverage.

“We believe there is great market potential in the Boomer segment, from cannabis to inherently functional food and beverage.” - The Hartman Group

We took a look at Baby Boomer social media posts, and discovered 83% positivity about CBD. Those posting about CBD are evenly split by gender, 50/50. (Infegy)

We’re not the only ones spotting a positive perception of CBD, and social media activity from Boomers around the topic. In a study analyzing more than 1.3 million social media posts and public comments in the U.S., Baby Boomers and Millennials each comprised 41% of the content, while GenXers generated 18% of the posts and comments. (source: CBD Marketing)

And in an A.T. Kearney study, respondents were asked how they’d perceive their favorite brand if they introduced a product containing cannabis, 86% of respondents in the U.S. said their perceptions would be improved or be unchanged. Nearly half (49%) said they would buy more often from brands offering cannabis products and 46% say they would be more loyal to those brands.

Baby Boomers have 83% positivity about CBD on social media

41% of social posts about CBD are from Baby Boomers

Famous Baby Boomers have gotten on the CBD train, including Martha Stewart, who is working with Canopy Growth Corporation, and golfer Greg Norman, who is developing his own brand of CBD products.

Given the fact that they grew up tuned in to big brands, there is an opportunity for Baby Boomers to support brands that expand into cannabis products or brands that produce satisfying cannabis items. Another area of potential is in CBD or cannabis-based products that also are infused with bold flavors that appeal to Boomers’ fading palates.

Buddha CBD Tea is described as a water-soluble CBD tea that provides higher bioavailability of CBD compared to teas made with oil-based CBD. Varieties include zesty flavors like Turmeric and Ginger and Peppermint, as well as Chamomile Blend and Matcha Green Tea.

Froot Poofs CBD Breakfast Cereal from Earthshine Organics might appeal to Boomers nostalgic for the sugary fruit cereals of their youth. Each bag is said to contain 100 mg of hemp CBD.

Infusion Ayurvedic Teas are described as the first herbal teas infused with hemp. The teas are available in Hemp Lemonade, Turmeric Peach and Brahmi Raspberry flavors.

With a majority of the population moving into their older working and retirement years, food and beverage companies can tap into Baby Boomers’ interest in products that are preventive and proactive in terms of health and wellness, from robustly flavored items for aging palates to products with ingredients designed to enhance certain health conditions and prevent other conditions. Meanwhile, as more states pass legislation legalizing products containing industrial hemp and derivatives such as CBD, companies can meet demand from the majority of consumers – including Baby Boomers. They are interested in such items through the development of new products that deliver both therapeutic and comfort benefits. Success in the CBD/cannabis market can come in products and flavors that already resonate with the Boomer segment, including snacks, boldly flavored items and plant-based products.

From concept to manufacturing, we’re here for you — every step of the way. Contact our sales service department at 630.578.8600 to request a flavor sample or chat us up at www.fona.com/contact-fona/